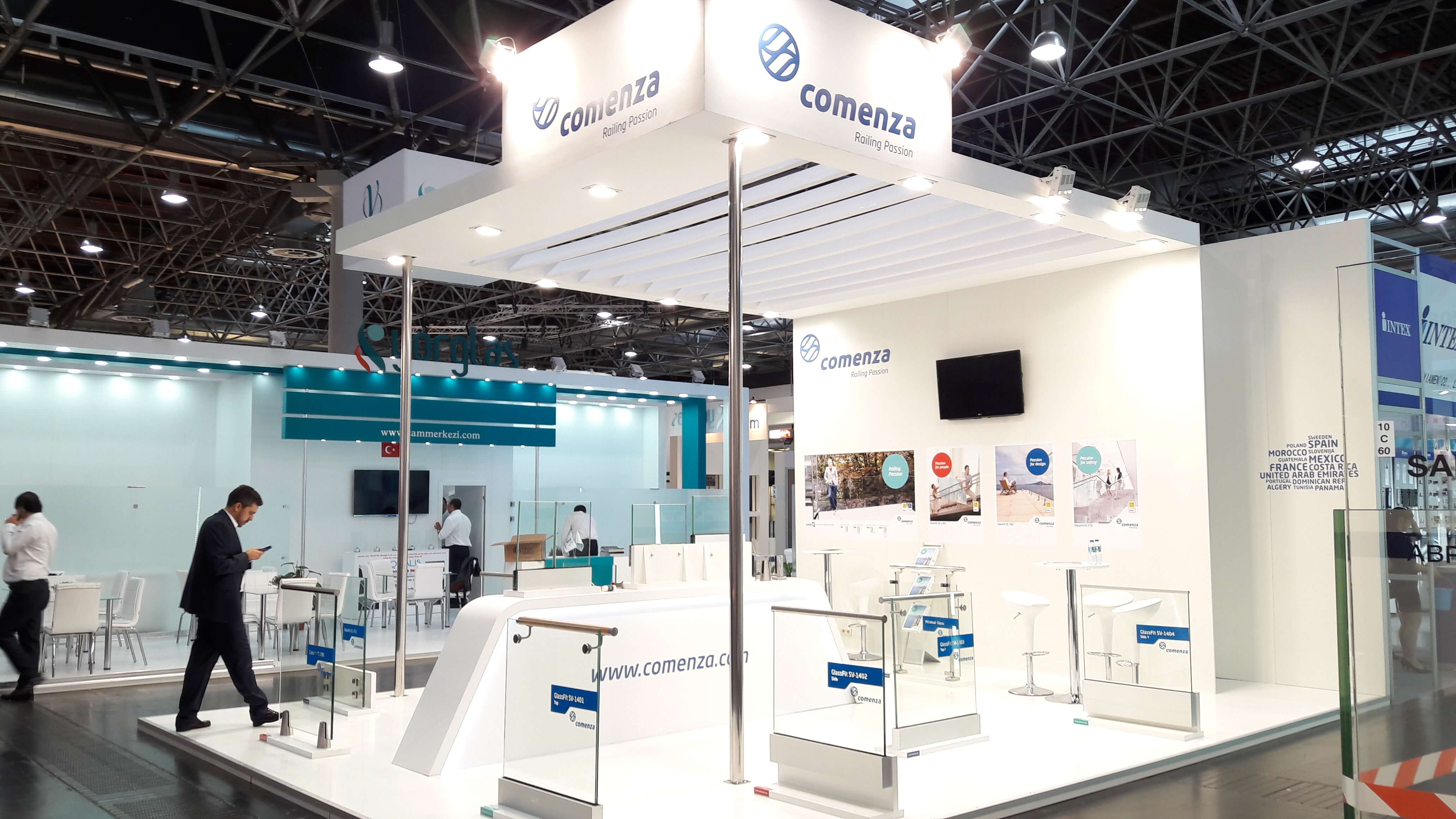 After having participated at the 2014 and 2016 editions, Comenza is once again betting on the Glasstec international fair (Dusseldorf-Germany) where it will be present with a 50m2 design stand (Hall 10 Stand C58).

The Glasstec fair, which takes place in Dusseldorf from October 23 to 26, 2018, has been considered for years as the most important event in the world in the glass sector. The sector’s most innovative companies at the international level meet here every two years, as is the case with Comenza.

The new colour range from the RAL chart will be available for the GlassFit SV-1400 systems and will also be shown for the first time, allowing architects and designers to add an exclusive touch to their most demanding projects.

In addition, as part of the commitment that Comenza makes to train its customers in the correct installation of their systems, there will be a workshop area at the stand where visitors will be able to see the assembly of the GlassFit railing system at first hand.

We look forward to seeing you at GLASSTEC!

You can find out more about which cookies we are using or switch them off in settings.

This website uses cookies so that we can provide you with the best user experience possible. Cookie information is stored in your browser and performs functions such as recognising you when you return to our website and helping our team to understand which sections of the website you find most interesting and useful.

These cookies are necessary and cannot be deactivated on our system.
They are usually configured to respond to actions made by you to receive services such as modifying your privacy settings or filling out a form. In the configuration menu in your web browser, you can block or detect active cookies, but this may lead to parts of the web page not to function correctly.

To obtain more information regarding our cookies policy and how best to configure them in your browser, please visit www.comenza.com/politica-de-cookies

These are cookies used by Comenza and third parties that allow us to calculate user numbers so that we can carry out statistical measurement and analysis of the actions of website users.